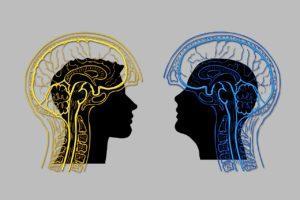 As a Chicago small business attorney, negotiating skills are paramount to my practice. If you listen to or read work by negotiation thought leaders, you will find, like in any field, differences of opinion. Two of the most well-known books about negotiation are Getting to Yes: Negotiating Agreement Without Giving In and The Mind and Heart of the Negotiator. If you read about negotiation, you will learn about establishing your BATNA (best alternative to negotiated agreement) before coming to the table.

These negotiating books have a lot of good principles, but a book I recently read, Never Split the Difference by Chris Voss, gives a whole new perspective: specifically, that traditional notions of negotiation are rooted in the flawed belief that people negotiate in logical terms. In other words, traditional strategies advise their readers to negotiate using logical thought processes. Concepts such as focusing on the issue and compromising are examples of logical-based strategies. In Getting to Yes, proposed principles include 'separate the people from the problem' and to 'insist on using objective criteria.' In addition, people traditionally consider it an acceptable compromise to arbitrarily meet half way or 'split the difference.'

Chris Voss, a former FBI negotiator, however, has a different take. In his job as a hostage negotiator, Voss could not afford to 'split the difference' because this would mean a death of hostages. In his book he also argues that traditional methods mentioned above simply do not work and that negotiation is very much ...
Continue reading