Contracts During the Covid-19 Pandemic

Contracts During the Covid-19 Pandemic 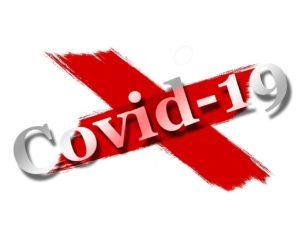 Covid-19 and the SARS-CoV-2 virus have not only wreaked havoc on people's health, but also on businesses. One common question during this difficult time is whether contracts are still enforceable, especially in light of travel restrictions and social distancing measures. Additionally, because many businesses are losing revenue, they are unable to otherwise honor contracts. So can parties break contracts during this time or in other difficult situations?

The first thing for parties to understand is that contracts are still enforceable, even during difficult times. Even if a paying party is no longer able to pay for its service, the party is still bound by the contract (unless they seek bankruptcy protections, which is a different issue). Courts will not look at whether it is difficult for a party to fulfill their obligations, but whether it is practically impossible. Parties must further understand that getting out of a contract is a defense to a breach and not an active reason to claim to leave the contract, unless the contract states otherwise. In other words, the breaching party needs to make the case that the situation meets the criteria of a practical impossibility.

There are two ways that a party can break or breach a contract. The first thing one can do is see if there is an 'Act of God'/'Superior Force' or 'Force Majeure' clause. If no Force Majeure clause exists, there may be other contract principles that can be used as defenses should a party find itself on the defending end of a breach of contract lawsuit. These contract principles have different names in different jurisdictions but typically known as 'commercial impracticability' or 'frustration of purpose.' Below I will look at each of these to give you an idea as to what may apply in your situation.

This will vary by jurisdiction but in Illinois, in order for the defense to work in court, 1) the frustrating event was not reasonably foreseeable; and 2) the value of other party's performance totally or nearly totally destroyed thus frustrating or defeating the purpose of the contract. Smith v. Roberts, 370 NE 2d 271, 273 (4th Dist 1977). In analyzing court's holdings, the circumstances for the second prong have to so be dire that is practically impossible, not merely inconvenient. Examples include laws being enacted in which a party's execution of their duties is illegal or a supply in the supply chain is no longer available. In the case of a pandemic, this defense will vary based on the contract. A wedding, for example, can be postponed instead of cancelled so the contract is still practical, albeit inconvenient. On the other hand, if a government stay-at-home actually closed a business and did not allow a business owner to deliver goods in which time was of the essence, than a frustration of purpose defense may actually be viable.

A Caution About Potential Litigation

Although these defenses are options, they are not automatic. Parties may still find themselves in court arguing over whether a breach is legally acceptable. This may cost as much or more in legal fees than finding creative solutions to settle your disputes. For this reason, before breaching a contract, it is worth trying to work out a compromise with the other party to see if you can come to mutually agreeable terms.
RECENT BLOG POSTS
CATEGORIES
ARCHIVES
View Map
Menu
From our office in Oak Brook, Illinois we serve businesses throughout the area including but not limited to DuPage County, Cook County, Chicago, Elmhurst, Hinsdale, Burr Ridge, Darien, Downers Grove, Lombard, Willowbrook, Westchester, Villa Park, Addison, Bensenville, and Elk Grove Village.
Facebook-f
Linkedin-in
Icon-youtube